With its 15.000 inhabitants, Morges is growing up as a major downtown in Lausanne metropolitan area. Its position, next to Lausanne and Lausanne University, and the developping opportunities, make the town an interesting place in which to relocate and to invest.

Morges has a major railway station, with trains to Geneva (4 trains/hour), Lausanne (5 trains/hour), Vevey-Montreux (3 trains/hour) and Yverdon-les-bains, Neuchatêl and Bienne (1 train/hour). Buses linkthe city center with its suburbs and the university.

A good and cheap car rental service is provided by Mobility.

Morges has a very nice and lively city center, with a pedestrian street, a waterfront parallel to it, and a serie of boulevard all around.

The waterfront, with Lausanne on the background: 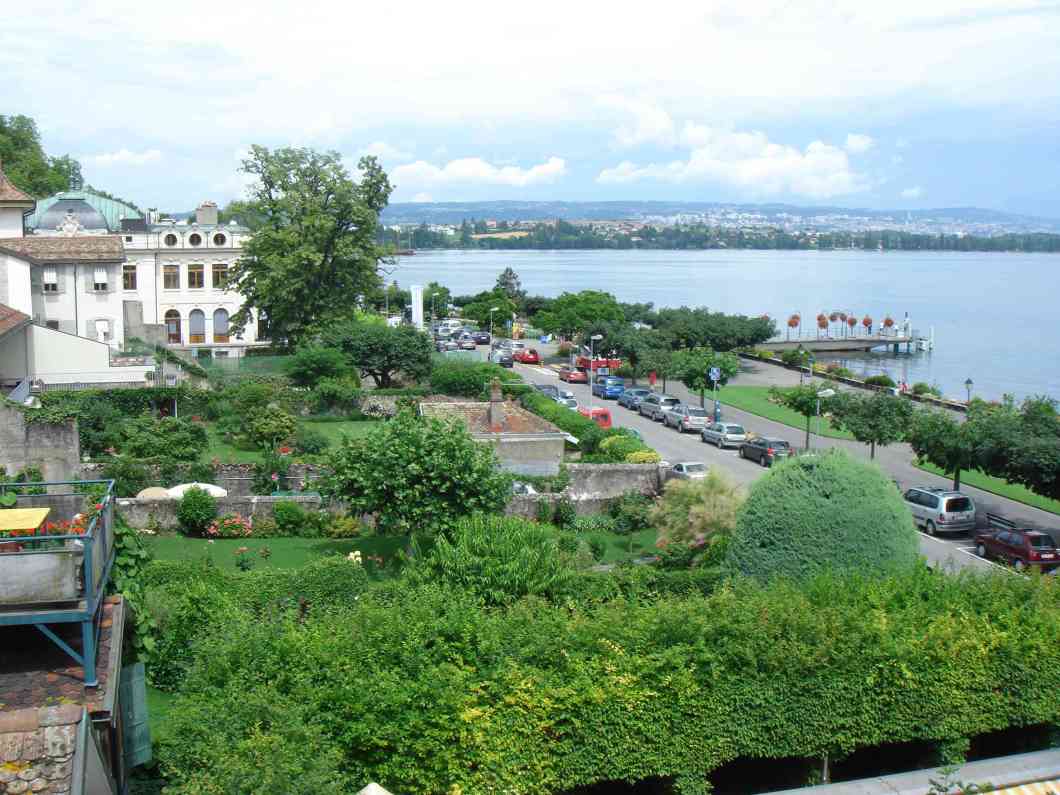 and the boulevard that circles the old town:

In the city center, lots of houses are being renovated, offering lots of modern houses in a vibrant and well connected area.

Four areas are designated to host enterprises and workplaces. Of these four area, one is just in the city center and hosts the headquarters of Logitech, while two of the others are connected by train (1 train/hour) to the city center and to Lausanne.

The center is full of shops, museums, restaurants and shopping centers (Manor, Migros), and hosts lots of events, like:

–la grande table (at the end of may)

–Morges-sous-rire (end of may, beginning of june)

–guided tours, provided by ASM (every Friday at 2:30 PM, every Tuesday, at 10:00 AM, departure from the Tourist Office)